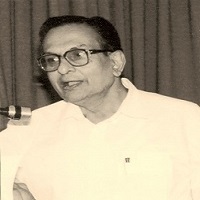 Dr. Rajagopalan has obtained his Ph.D. from Pune University, M.P.H. in Epidemiology from the University of California, Berkeley, USA; and Diploma in Acarology from University of Maryland, College Park, USA. He joined the Rockefeller Foundation-ICMR Virus Research Centre, Pune in 1953 and from there moved in 1970 to WHO-ICMR Research Unit on Genetic Control of Mosquitoes, New Delhi. He Joined the VCRC, Puducherry in 1975 as Deputy Director, and became the Officer-in-charge of the Centre in 1977. He took over the charge as Director of VCRC in 1980.

Dr. Rajagopalan was a Rockefeller Fellow; Member of WHO’s Scientific and Technical Advisory Committee and Steering committee of Tropical Diseases Research on Filariasis and Biological Control of Vectors. He was awarded P. N. Raju oration award of ICMR in 1980, Om Prakash Bhasin Award in the field of Health Sciences in 1985; Charles University Prague Gold Medal for Science in 1988; Fellow of the Royal Society of Biology in 1989, Fellow of the Royal Society of Tropical Medicine in 1990., and the Government of India’s Padmashri Award in 1990.

Dr Rajagopalan started a M.Sc. Medical Entomology course at the VCRC for the first time in India. He guided 18 students for Ph.D. while at the VCRC, and published more than 200 scientific papers. He successfully demonstrated integrated vector control methods with community participation to control Bancroftian Filariasis in Puducherry, Elimination of Brugian Filariasis in Cherthalai, Kerala; Control of Island Malaria in Rameswaram and Riverine and urban malaria in Salem; Malaria control in Coastal villages of Puducherry, and Malaria control in Tribal areas of Odisha. He retired from service with ICMR - VCRC in 1990.