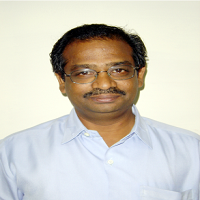 Dr. P. Jambulingam has received Ph. D. in Medical Entomology in 1990 from Madras University. He has nearly 40 year of research experience in the field of vector borne diseases and control, and published more than 150 research articles. He was awarded WHO Fellowship for Malaria and other Tropical Diseases training in MTC, Thailand during 1993. In recognition of his distinguished work in vector control research, he has been conferred with “Vestergaard Frandsen Award” by National Academy of Vector Borne Diseases in 2008.

Dr. Jambulingam has been the WHO Temporary Advisor and Technical Consultant for Research & Development since 2001. He was Principal Coordinator for several International and Regional Workshop and Training sponsored by World Health Organization (WHO). He has been an Expert Member in the WHO Pesticide Evaluation Scheme (WHOPES), Data Safety Monitoring Committee (DSMC), and ‘Technology Need Assessment’ Projects sponsored by Ministry of Environment and Forest & Climate Change, Govt. of India.

Dr. Jambulingam demonstrated the Integrated Vector Management strategy for interrupting the transmission of coastal Malaria in Rameswarm, Tribal Malaria in Odisha; and Dengue in Kottayam. He entered into Memorandum of Understanding (MoU) with several Institutes and Public Sector Undertakings, like Indian Space Research Organization (ISRO), Hyderabad; Rubber Research Institute of India (RRII), Kottayam; Neyveli Lignite Corporation (NLC), Neyveli; etc. towards the promotion of Field Research Applications. He has brought in the M. Sc., Public Health Entomology Course, with the support of ICMR, and sponsorship of candidates from South-East Asian Countries by WHO. Some of his major contributions included: (i) Laboratory modernization, (ii) Creation of expertise on ticks and mites borne diseases, (iii) Extensive Faunistic Surveys and Mosquito Museum, (iv) Investigation of AES cases in Gorakhpur (UP), (v) Establishment of quality assurance system towards Good Laboratory Practices accreditation for evaluation of vector control products and (vi) Development of Common Protocol for uniform evaluation of public health pesticide including bio-larvicides for use in vector control. He played an important role in undertaking Wolbachia based ‘alternate Dengue control strategy’; and initiated laboratory studies in VCRC for which the ICMR has signed a Memorandum of Understanding (MoU) with Monash University, Australia for transfer of technology. His role in the Technical Advisory Committee, In-Depth Review and Joint Monitoring Mission and development of strategies for Mass Drug Administration towards accelerating Elimination of Lymphatic Filariasis have helped in formulating policies for the National and Global programs.