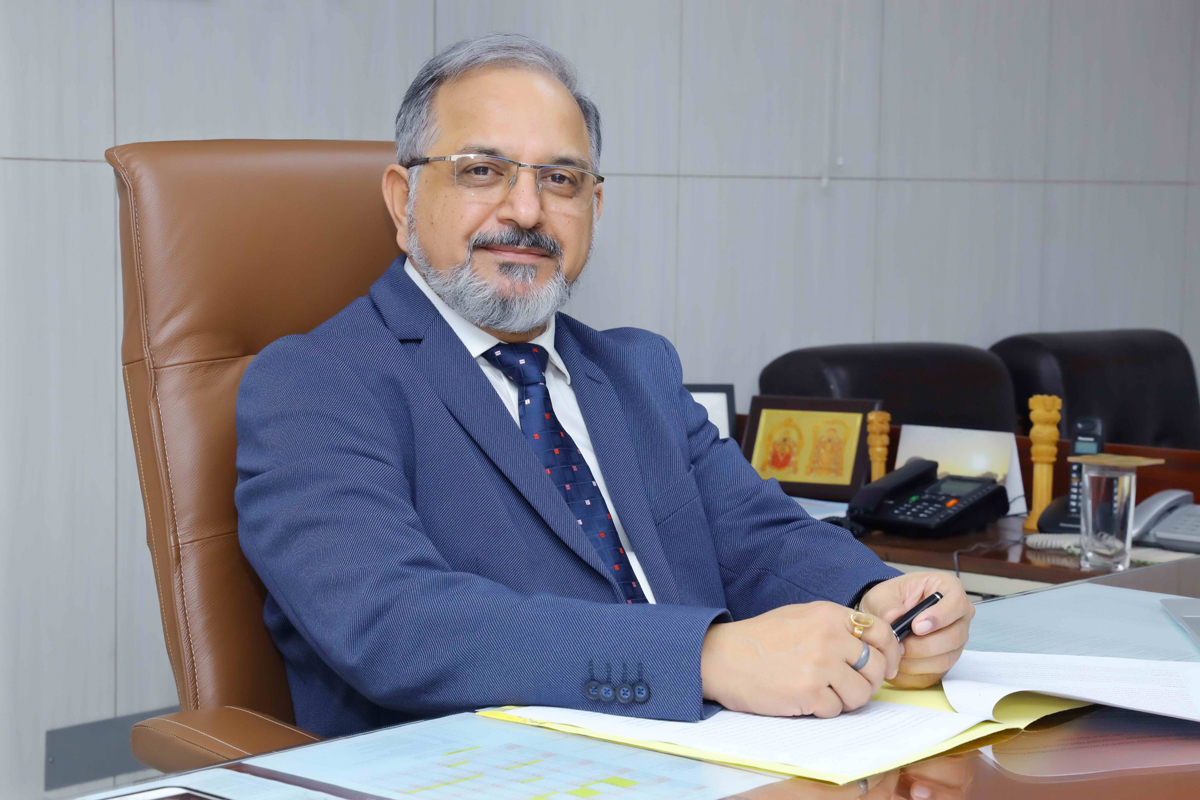 Dr. Ashwani Kumar has acquired Ph.D. in Zoology (Entomology) from Punjab Agricultural University in 1987. Subsequently, he was awarded with Fellowship by INSA-Royal Society exchange programme to visit UK and Punjab Academy of Sciences. He received advanced research training in London School of Hygiene and Tropical Medicine, German Institute of Bio-Technology, Branshweig, Germany and California USA. He has been heading many flagship Projects on malaria and other VBDs over 35 years in collaboration with Goa Government, national and international research agencies and during this period 15 Research Scholars were awarded Ph.D. under his guideship.

He has contributed several chapters in Books and Manuals, research articles numbering over 145 in the National and International Peer Reviewed Journals, besides being Member of Editorial Boards of many International Journals. He is a recipient of several Awards and Gold Medals for his outstanding performances in his Academic, Research and Public Health Services. He demonstrated successfully bio-environmental control of malaria epidemics in Goa. He led a major project for making entire 760 KM Konkan Railway Project by adopting and installing mosquito-proof interventions and adequate drainage of water across railway embankments and culverts across the entire length through Konkan Railways Corporation. This was hailed as a national project of importance by the ICMR and Govt. of India. Dr. Kumar was project leader of NIH-International Center of Excellence for Malaria Research from 2010-2019. He has written/edited 4 books including a Handbook for WHO titled “Vector Surveillance and Control at Ports, Airports and Ground Crossings” based on his experience working with Mormugao International Port and Goa Airport.

This handbook is widely adopted internationally and translated into 7 languages.Besides heading the ICMR - VCRC as its Director since July 2019, Dr. Ashwani Kumar occupies a number of important positions in both National and International Bodies and Institutions, formulating Policies and Decision making roles; and some important ones include: Director, Society for Vector Ecology, Indian Region, President (2021-22): World Mosquito Control Association, USA, Temporary Advisor / Expert Member in NTD, WHO, Geneva; and recently taken over the post of Director-in-charge of ICMR-National Animal Resource Facility for Biomedical Research (NARFBR), Hyderabad. Also, he continues to offer Technical Consultancy Services and support to many Institutes on Vector Borne Disease Control Programs.

Dr. Ashwani Kumar is keen to strengthen academic, research and entomological capacity in a collaborative mode by identifying appropriate avenues and entering into Memorandum of Understanding between the ICMR – VCRC and different institutions. Collaborations have been forged with the Bharathiar University, Coimbatore; Indian Institute of Technology, Chennai; International Tech Park, Chennai, French Institute of Pondicherry (IFP), Puducherry; and Sri Balaji Vidyapeeth University, Puducherry. Aligning with the Road-map drawn for ICMR - VCRC, he has initiated steps to create an ‘International Centre of Excellence for Training in Medical Entomology’ (ICETME) to meet the growing demand for trained man-power in India, South-East Asian Region and Africa. In response to the National Program commitments, he has sets his immediate research priorities for enhancing the Goal of Elimination of Lymphatic Filariasis, Malaria and Kala-Azar; while exploring newer tools, techniques and strategies to contain other vector borne diseases